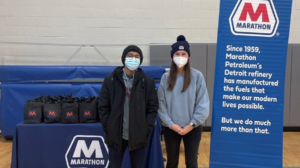 “I am a senior over 65 years old, and these days, financial struggle is very evident with the cost-of-living increasing,” said Vickie Cook, a Detroit community member. “After this event, I feel less stressed and more comfortable. I truly appreciate the assistance and information I received at this event. I cannot wait for the next one! Marathon is very much appreciated in this community.”

Financial wellness was listed as one of the top five major needs by Detroit residents in the Wayne Metro 2019 Community Needs Assessment Report. This event is the first of the Fueling Detroit Event Series for 2022, which aims to support the community surrounding the Marathon Petroleum Detroit refinery, specifically the people living in the 48217 zip code.

The next Fueling Detroit event will be a community market featuring small businesses from Southwest Detroit on April 9. To learn more, visit our Detroit refinery’s community website.

Late last year, Marathon Petroleum committed to a second round of property purchases in Detroit’s Boynton neighborhood.   The Boynton Property Purchase Program began in 2021 with a goal to create a green space in the neighborhood while providing Boynton residents with a buffer zone between the north end of the community, the freeway, and industrial operations. The new green space is being created by giving eligible Boynton residents an opportunity to sell their houses.

The initial phase of the program included  forty two eligible houses along Edsel and Patricia Streets.  Twenty-four homeowners signed up for the purchase program Some purchases remain in negotiation and MPC will work with residents engaged in the program until sales have closed. In Fall 2021, MPC expanded the boundaries of the program to include parts of Liebold Street. To date, thirty-three homeowners are enrolled in the program.  Work on purchased properties from Phase 1 began with the contracting of by Detroit-based minority-owned contractor, Gayanga Co Have a great track record for doing quality demolition work safely and efficiently.

Residents who decided to sell are delighted with the program.  One resident on Patricia Street is now planning to move to a retirement complex with no more worries about shoveling snow or cutting grass.  Another Patricia Street resident is thrilled with the price she received for her house, saying she never thought she would see that much money in her life. Residents currently residing in the Boynton neighborhood will enjoy the  new, green buffer zone that will, no doubt, will improve the neighborhood. We are currently working with the non-profit Wildlife Habitat Council on the tree planting program to begin to create the buffer along I-75, as homes are removed.

Maximizing operating efficiencies and minimizing environmental impact is the framework that guides our decision-making at the Detroit Refinery. A new sulfur recovery unit installed in 2012 has allowed MPC Detroit Refinery  to reduce sulfur dioxide emissions resulting from the refining process. The difference is significant, and Marathon is now working with the community and the Department of Environment, Great Lakes and Energy (EGLE) to help maximize and maintain reduced levels.

We have applied to EGLE for a change in permit language that will allow for better utilization of the newer sulfur recovery unit. The permitted level of sulfur dioxide emissions will not change. What will change is our ability to shift operations between two sulfur recovery units, using the newer, more efficient unit more frequently. We estimate the ability to shift between units will reduce sulfur dioxide emissions by 2 to 4 tons each month.

The Detroit refinery team  met with representatives of the Sierra Club, the Great Lakes Environmental Law Center, Southwest Detroit Environmental Vision and EGLE. MPC also hosted a town hall meeting to present the request to the community and answer any questions that resulted. Response to the proposed revision is positive..  MPC anticipates that EGLE will hold a public hearing in the next several weeks.

Marathon Petroleum has invested $350 million in environmental and safety improvements to produce fuels and other products more cleanly than ever before; the Detroit facility has operated at more than 40 percent below our yearly permitted emission levels for the past 15 years. We have reduced emissions by 80 percent over the past 20 years, with 10 percent of that reduction coming in the past five years. We are committed to this facility, our community, and clean operations.

If you have any questions about the proposed revision or would like to support this request before or during the public hearing, please contact me directly at deleaver@detroitrefinery.com.

A planning meeting was held in early February 2022 to lay the groundwork for the Detroit Refinery’s vision for a community investment in 48217. MPC had an opportunity to discuss the scope of work with our key partner non-profits: Wayne Metro, Southwest Solutions, Detroit Police Athletic League, the Perry Outreach Center, and the Mark Twain School for Scholars. Our meeting focused on finding gaps in community services for southwest Detroit residents, strengthening and assessing our partnerships and reviewing programming.

We intend to continue our meetings and outreach to community partners to further our collaborative efforts supporting 48217.

MPC was pleased to host Detroit Deputy Mayor Conrad Mallett at the refinery in late January 2022.  The Deputy Mayor toured the facility and got a good overview of operations.  The visit served as an opportunity to talk about MPC’s continuous improvements in environmental performance, even while having record production in 2021. Plans to further reduce emissions by reducing sulfur dioxide this year and the permit change request that has been submitted to EGLE were discussed.

BreAnna Lockhart, our Community Relations and Stakeholder Representative, was able to update Mr. Mallett on our ongoing plans to expand community engagement, volunteer efforts in 48217 and our philanthropic investments in the neighborhood.  She noted that over 1,300 volunteer hours from the refinery team have been dedicated to projects including fence line clean-ups, tree planting, food drives, and volunteering at Mark Twain School’s annual field day.

Discussions closed with news of our partnership with the city’s recreation department for the “Fueling Detroit” series of events at the Kemeny Recreation Center, and our continued commitment to education in the neighborhood, evidenced by our gift of $150,000 to build a new STEAM lab at the DPSCD’s Mark Twain School for Scholars, our local k-8 school in 48217.

MPC Detroit Refinery appreciates the Deputy Mayor’s interest and look forward to more productive conversations and potential collaborations with the city as we work to provide jobs and a better quality of life for Detroiters.

In February, MPC sponsored “Show Me the Money” with Wayne Metro Community Action Agency and Southwest Solutions at Kemeny Recreation Center, focused on financial empowerment for Southwest Detroiters. The event included free tax preparation, information on community resources, financial guidance, food distribution from Forgotten Harvest, and giveaways for community members. Representatives from St Patrick Senior Center were on site, providing rapid COVID tests and blood pressure and blood sugar tests.  Attendees were also offered information on a new savings program that matches every dollar participants save in the first year.  That is doubling your money! 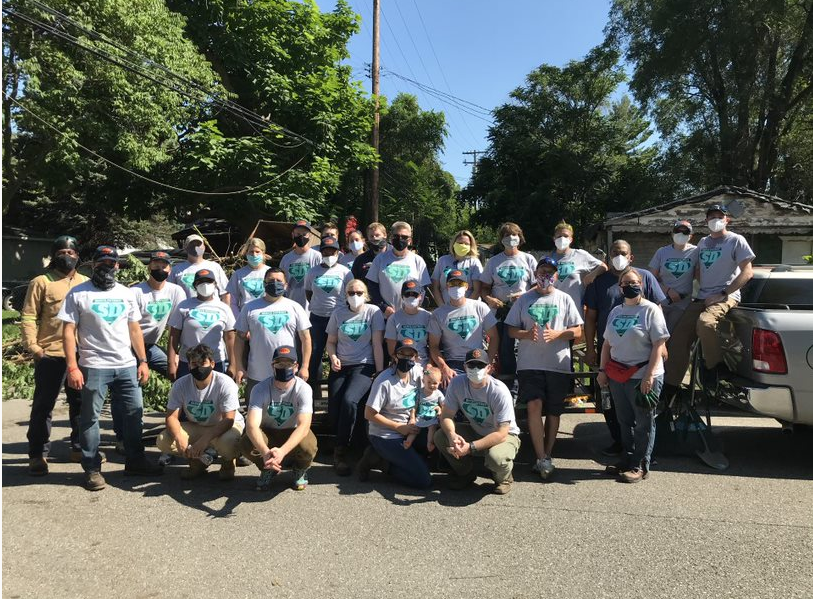 The Detroit Serve Team at the 2020 Motor City Makeover. 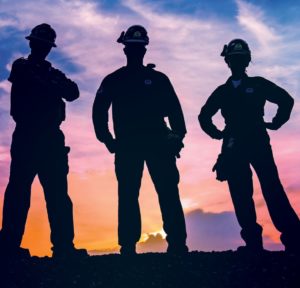