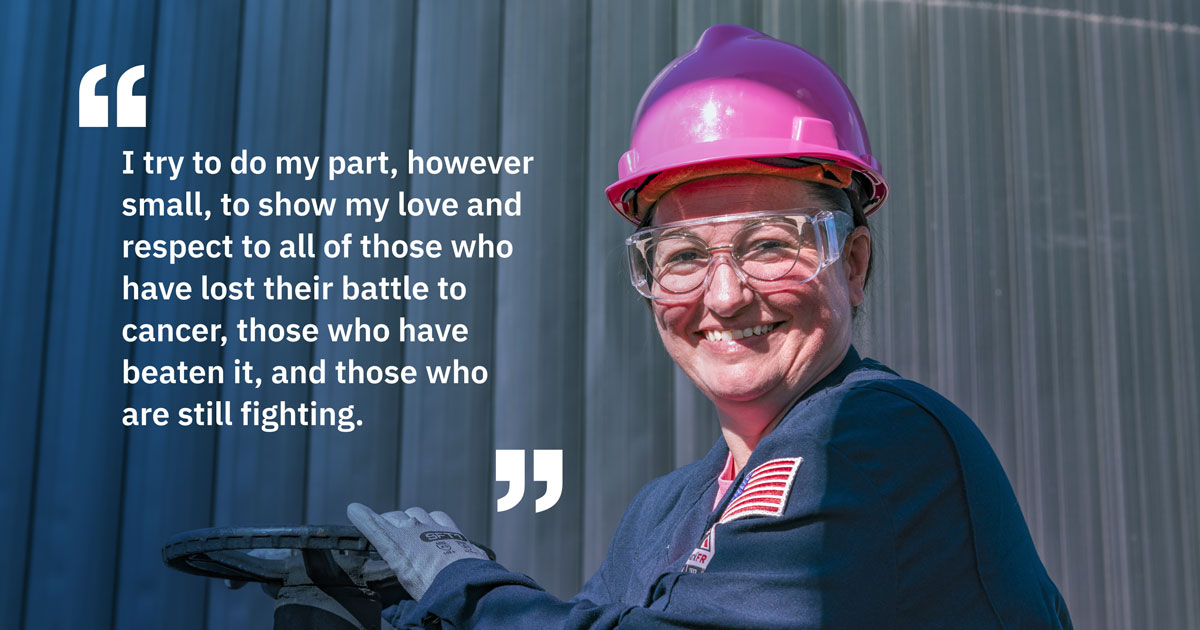 Although October is National Breast Cancer Awareness Month, you will almost always find Juliana Robinson, an operations tech at Marathon Petroleum’s Detroit Asphalt Terminal, wearing some form of pink no matter what time of year it is, and for her, it’s personal.

“I started wearing a pink hard hat when a former co-worker’s mother was diagnosed with breast cancer,” Robinson said. “Her mother recovered initially, but the cancer came back, and she eventually lost her battle.”

Not long after helping her friend and co-worker through the difficulty of losing her mother to breast cancer, that same co-worker was diagnosed with the disease.

“That was a very difficult time,” Robinson recalls. “Thankfully, she made a full recovery and to this day is cancer free.”

You will also usually find Robinson wearing a pink undershirt at work to go with her pink hard hat. She says it’s the least she can do to help spread awareness about the illness that kills more than 40,000 women each year, according to the American Cancer Society.

Cancer, in general, has more recently struck closer to home for Robinson, whose own mother was diagnosed with Stage 4 lung cancer. Juliana is now her mother’s primary caregiver.

“I try to do my part, however small, to show my love and respect to all of those who have lost their battle to cancer, those who have beaten it, and those who are still fighting,” Robinson said.

For more information about breast cancer early detection and diagnosis, visit cancer.org. Susan G. Komen for the Cure® has used the color pink for breast cancer awareness since its inception in 1982. 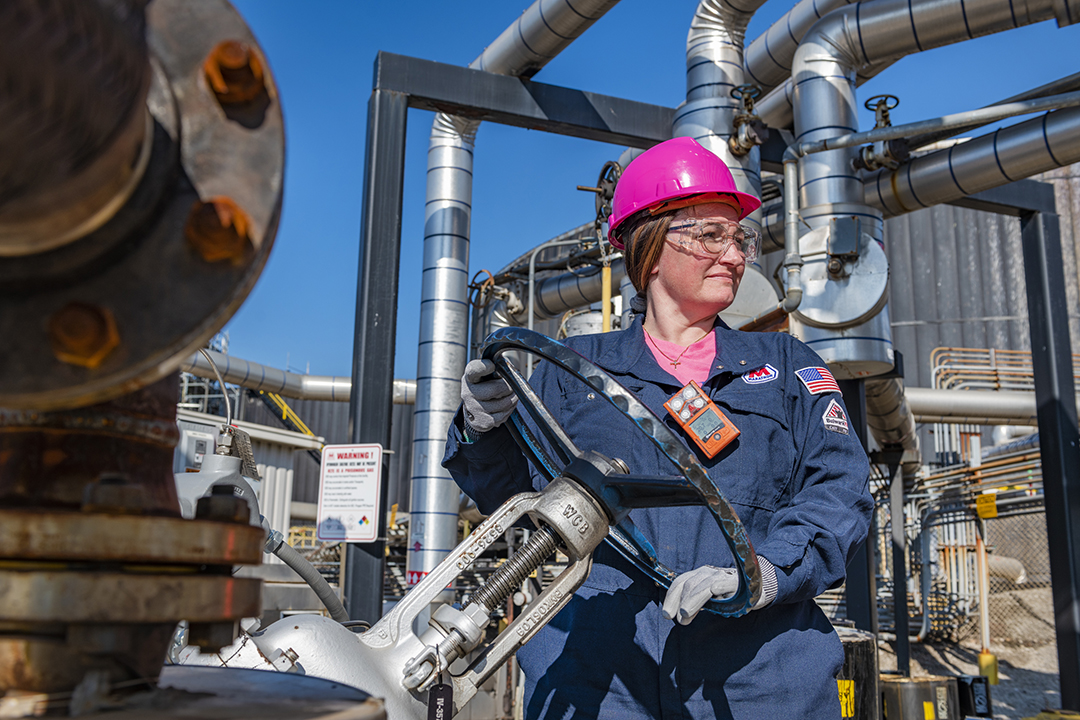