On September 10th, Detroit Refinery held a Back to School Blitz to celebrate the new school year.  This was the biggest “Fueling Detroit” event yet – with over 700 residents in attendance.  School supplies were passed out until we ran out, around 100 kids were able to receive free haircuts and hairstyles, over 500 free meals were served, over 200 feminine care kits were distributed, and 10 laptops were given out to residents (thanks to Human IT!!) and countless resources were distributed through our many nonprofit partners that were in attendance! We also had some fun with carnival rides, dessert trucks, games, and music.

Most importantly, this event was to kick off our new partnership with the Detroit Police Athletic League, which will be bringing its programming to Kemeny Recreation through one of our community investment grants.  We currently have over 300 local youth from 48217, Ecorse and River Rouge signed up with interest in one of the many programs that will be coming to the local recreation center this school year (including computer coding, EcoTek science, & a wide array of sports offerings). 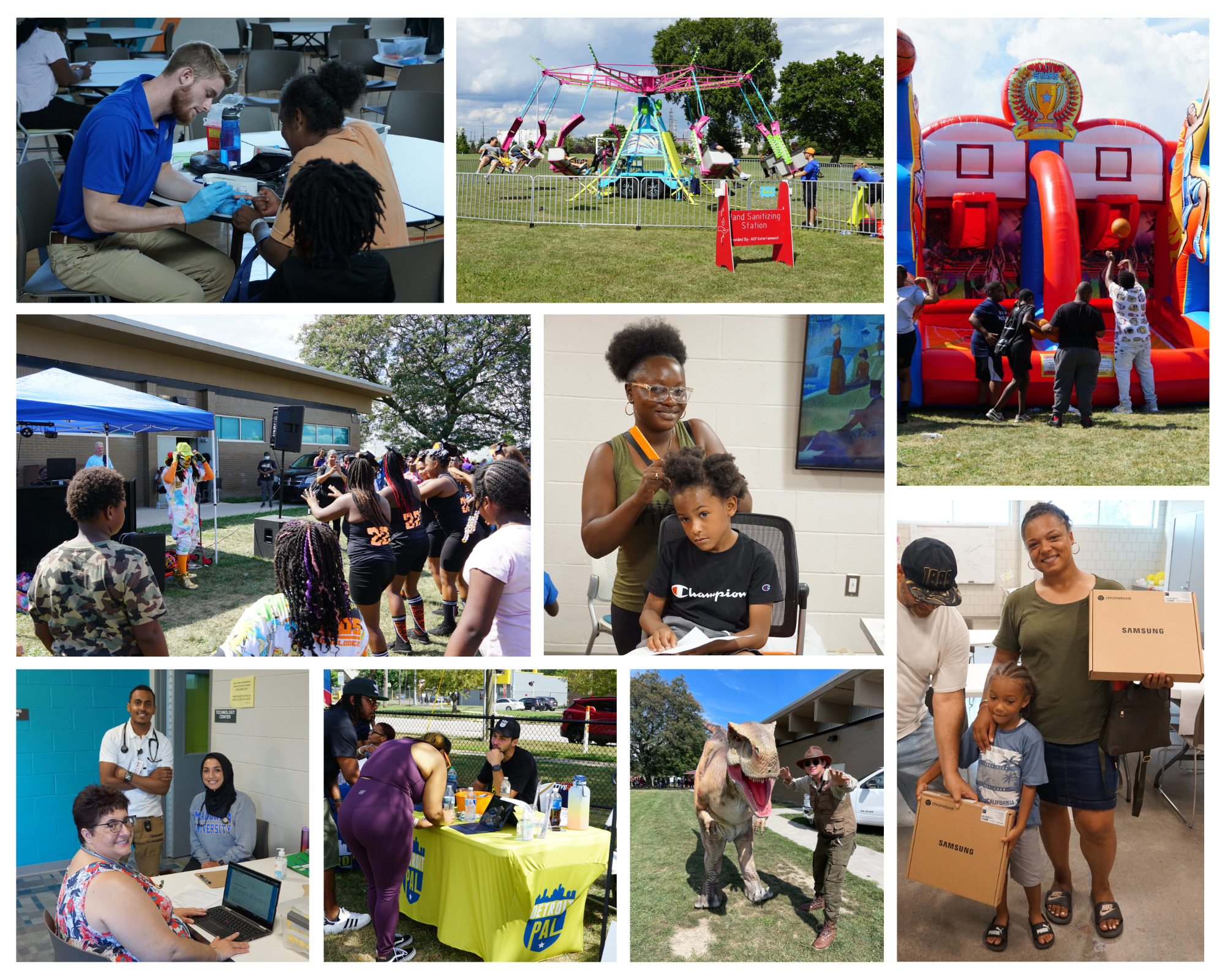